This year, we’re celebrating CX’s 40th anniversary. From our humble beginnings in Crown Center to our newest evolution with UMKC Bloch School, Central Exchange has always been shaped by our legacy of women leaders. In 1980, our two founders and ten originating members envisioned a place where women could gather, create community, and advance as leaders.

Central Exchange is diverse by design; the originating leaders spanned industries, experiences, ages, and backgrounds. Together, they united for a common cause: advancing women in Kansas City.

Central Exchange thrives today thanks to the vision of our pioneers. We celebrate and remember their stories. And, we carry their legacy forward as we build the next forty years of CX. 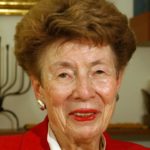 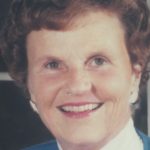 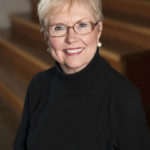 Kay Barnes: Kay Barnes is a former Mayor of Kansas City, Missouri and was president of Kay Waldo, Inc., a human resources development firm. Barnes was one of the first women in the Jackson County Legislature, and she was the first female mayor of Kansas City. She is the true representation of a female trailblazer. 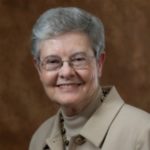 Anita Butler:  Anita Butler is a senior partner of Krigel & Krigel, P.C., where she works in estate planning. Previously, she was a Senior VP in the Trust Division of Bank of America. Butler currently teaches on the subjects of elder law and estate planning and is a founding member and officer of the Missouri Chapter of the National Academy of Elder Law Attorneys. 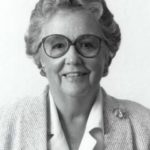 Joan Dillon: Joan Dillon was an inspirational teacher and preservation activist. She helped save and restore the Folly Theater in Kansas City. Dillon also published many books. She had a unique passion for Asian Scholar Rocks and collected many from China, London, and San Francisco. 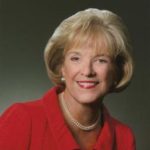 Adele Hall: Adele Hall was known as the “first lady of Kansas City.” She was passionate about education, health, art, and giving back to the community. Her greatest passion was for the needs of children. Hall was the first female presented with the Heart of America United Way and served as an active board chairman of Children’s Mercy Hospitals. The “Adele Hall Campus” at Children’s Mercy is named after her. 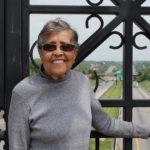 Mamie Currie Hughes: Mamie Currie Hughes championed for desegregation and equal rights in Kansas City for almost 70 years. Hughes had a passion for teaching and making a difference in the community. She was a charter member of the Jackson County Legislature and and volunteered for projects that helped decrease racial and gender discrimination. Hughes writes about her life in her autobiography, Mamie Who? The Life and Times of a Colored Woman. 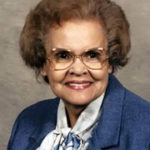 Dorothy Johnson: Dorothy Johnson served in the federal government as Information Specialist of the Regional Office of the Office of Price Stabilization. In 1937, she earned a B.A. in Journalism from the University of Kansas. Johnson was appointed as Director of the Florence Crittenton Home for Negro Girls from 1953 to 1957. She also served on numerous boards of leading civic organizations in Kansas City. She was heavily involved in communities all around Kansas City.

Linda Moore: Dr. Linda Moore is a psychologist, executive coach, author and speaker in Kansas City. She serves as the President of Linda L. Moore & Associates and one of the co-founders of Central Exchange. She is also a founding member of the Metropolitan Organization for Countering Sexual Assault (MOSCA). For 25 years, Dr. Moore has been a consultant for the Phoenix-based National Institute for Leadership Development for over 20 years. 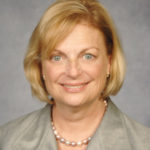 Terry Saterlee: Terry Saterlee has worked with environmental law for over 20 years. She served as chief of the legal branch of Region VII’s Enforcement Division and was attorney advisor to its regional administrator. She has been heavily involved in the Kansas City Community and has served on the board of directors of Big Brothers Big Sisters of Greater Kansas City since 2013. She has also been a part of the Women’s Public Service Network since 1987. Terry Saterlee continues to break barriers for female leaders within her field. 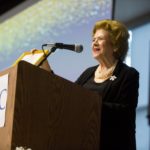 Linda Hood Talbott: Dr. Linda Hood Talbott is an outstanding philanthropist, researcher and educator. Her work has positively impacted many lives and she has been a trailblazer for women in education. Dr. Talbott earned three degrees from UMKC. She was the first female from Kansas City to be a part of the board of a Fortune 1000 company. In 2019, she was inducted into the Starr Women’s Hall of Fame.

Judith Whittaker: Judith Whittaker is a lawyer who led at Hallmark Cards for more than 30 years, including as General Counsel and Executive Vice President. She was a Partner at Sheffrey, Ryder, Skeer, Krigel & Rose prior to joining Hallmark. In 2004, she joined Shook Hardy & Bacon. She has held numerous corporate and nonprofit board positions and her civic involvement includes serving on the advisory council of UMKC Bloch School. She was awarded Ingram’s Magazine 20 Outstanding Executive Women in 2002 and the Women Who Mean Business Award from the Kansas City Business Journal in 2002.

About the Author: Central Exchange