Black women have been breaking barriers, fighting bias and laying the groundwork for future generations long before the civil rights movement. These strong women have tackled obstacles and achieved much success despite the adversity they have faced. Yet, these women’s stories often go untold. Black history is American history. We can learn so much from these women and honor their legacies by continuing to fight for racial justice, valuing diversity and empowering women. 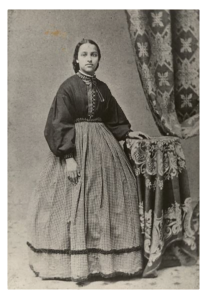 Mary Jane Patterson became the first African American woman to receive a B.A. degree when she graduated from Oberlin College in 1862. According to Black Past, Patterson’s early years are unclear, but it is believed that she was born into slavery. In the late 1850s, Patterson began to take preparatory classes at Oberlin College, but instead of enrolling in the two-year women’s program, she chose to enroll in the gentlemen’s course which according to Biography.org was a course in classics that led to a traditional Bachelor of Arts Degree. Patterson went on to use her degree to be a teacher and principal. She laid the groundwork for many more African American women to graduate from four-year colleges. 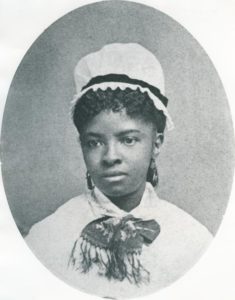 From a young age, Mary Eliza Mahoney knew the importance of racial and gender equality. According to the National Women’s History Museum, she was born to freed slaves and attended one of the first integrated schools in the United States. When she was a teenager, she set her mind on becoming a nurse in order to support her goals of creating equality for African Americans and women. She began working at the New England Hospital for Women and Children. She observed and learned more about the nursing profession as she worked as a janitor, cook and washerwoman. At the age of 33, Mahoney was admitted to New England Hospital’s School of Nursing. The program was quite intense and according to the National Women’s History Museum, of the 42 students that entered the program, only 4 students completed it. Mahoney was one of these 4 women, making her the first African American in the United States to earn a professional nursing license. 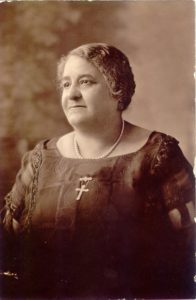 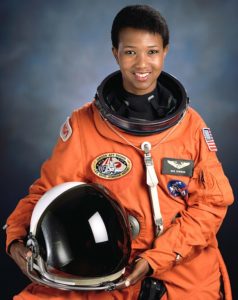 In September 1992, Mae Jemison took off and became the first African American woman to enter space. After completing her training with NASA in 1988, Jemison was chosen to be the mission specialist on the Shuttle Endeavour. According to NASA, “Jemison was a co-investigator on the bone cell research experiment flown on the mission. In completing her first space flight, Jemison logged 190 hours, 30 minutes, 23 seconds in space”. Jemison holds bachelor’s degrees in chemical engineering and Afro-American studies and a Doctorate of Medicine from Cornell University. According to NASA, Jemison is currently working on projects to improve healthcare in Africa and advance technology in developing countries. 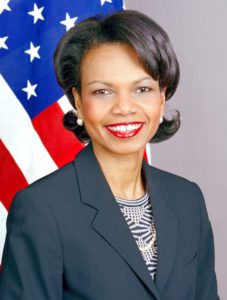 Condoleeza Rice served as the 66th Secretary of State in the United States. She was the second woman and first African American woman Secretary of State. Prior to this, she served as President George W. Bush’s National Security Advisor. She was the first woman to hold this position. According to Stanford, Rice has been a part of Stanford University’s faculty since 1981 and served as Provost from 1993-1999. Rice has broken many gender barriers throughout her career. She continues to teach at Stanford and works with her consulting firm, RiceHadleyGates, LLC. 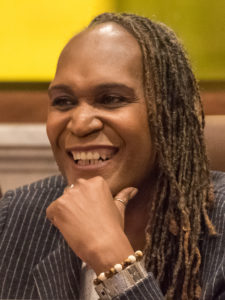 Black women leaders are making history every day. These women teach us to work hard and fight for what we believe in. Throughout history, these strong women have paved the way for many others to follow. It is important to educate ourselves and understand the obstacles they have tackled to get us to where we are today and for us to know that there is still much progress to be made. These women inspire us to continue to break gender and racial barriers.

About the Author: Kate Robinson